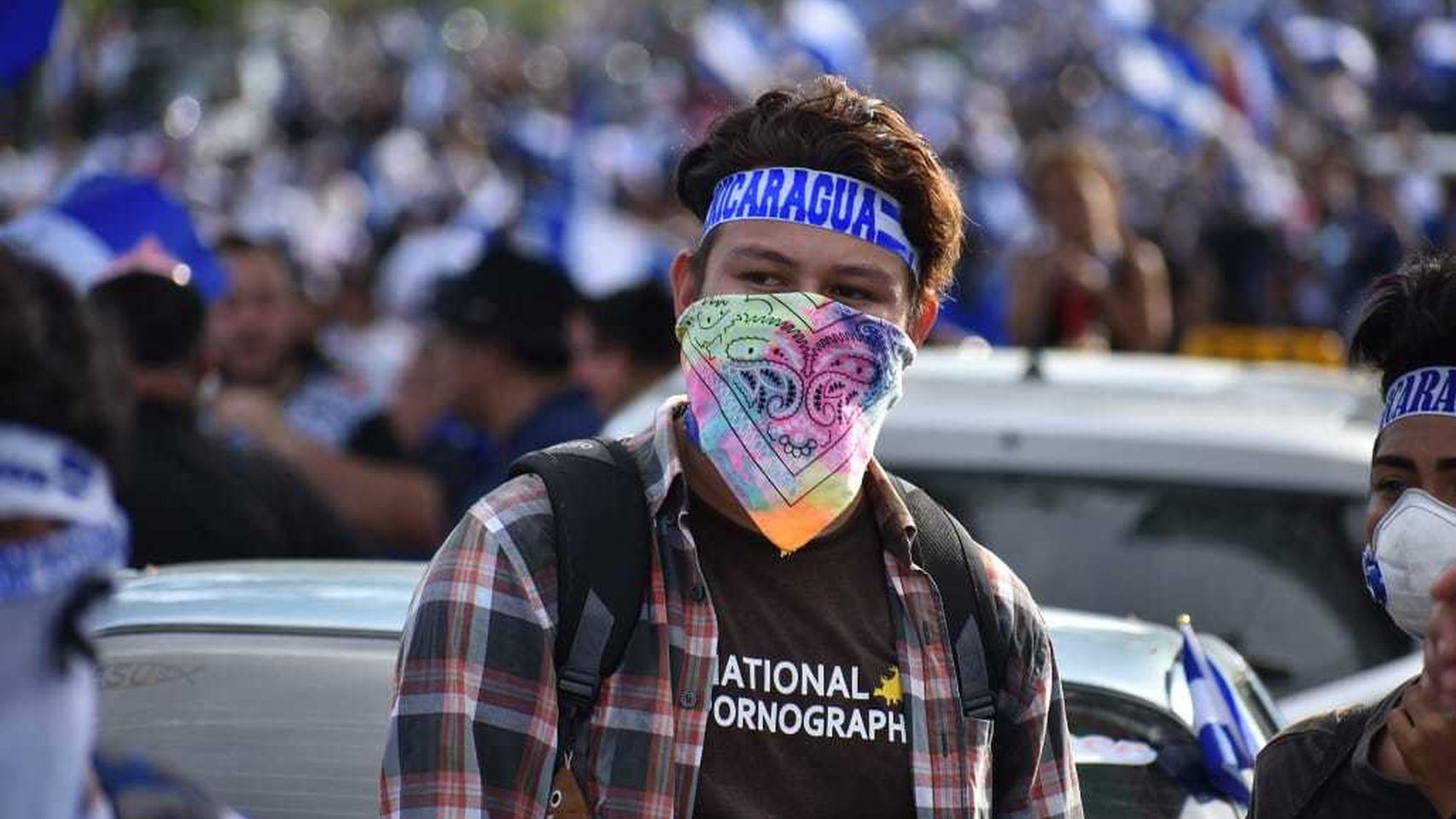 28 Jun THE PEOPLE OF NICARAGUA, AN EXAMPLE TO THE WORLD

The author deplores the current situation in Nicaragua and holds Daniel Ortega’s Government responsible for a repression which has caused hundreds of deaths and missing people.

You can be either a believer or an atheist, right or left wing, poor or rich, it is respectable. What cannot be denied is the evidence of the facts and pretending to be respected. This is what the Nicaraguan government has done last Friday’s extraordinary assembly at the OAS before the report presented by the Inter-American Commission on Human Rights (IACHR) over the serious breaches of human rights of the last two months in Nicaragua.
It could be expected, Ortega’s government has some expertise in manipulating reality. Just like succeeding in getting dead people to vote in the elections, now they also resurrect the people they kave killed. Just three examples:

1. The IACHR certifies 212 dead people; Denis Moncada, Nicaragua’s Foreign Minister, states that many of them just played dead, that they are only 98. He can go and say that to their mothers.

2. The IACHR concludes that there exist some vigilante groups with lethal weapons, while Moncada speaks of vandal criminals disrupting public order who must be subdued. Today it is honourable to be called a vandal criminal in the country.

3. The IACHR demonstrates that there is repression of the right of free speech and demonstrations; the Foreign Minister claims that the government restores the right of free movement and work. To this effect, they shoot at those who defend barricades.
212 deaths, over 1300 injured people, over 500 prisoners and many disappeared have been certified.

The IACHR bases its report upon factual information whereas Moncada is unable to factually demonstrate none of his statements. 212 deaths, over 1300 injured, over 500 prisoners, many disappeared, all of them with names and surnames. A disarmed people against a whole apparatus of repression. On top of that, with vigilante groups, the use of lethal weapons, the banning to take care of the injured in hospitals, accurate shots in massive demonstrations, media censorship, intimidation and threats on the people who fight for human rights (bishops and priests amongst them); ultimately, serious breaches of people’s fundamental rights.

The report is shocking and I recommend reading it. It pictures the desperate pain of a people that has said enough to a dictatorship. Their struggle began in April due to an unfair Social Security law. Nobody remembers that any longer. The bloody repression sparked off right from the first day and, as a saturated pressure cooker, the social protest burst into a peaceful fight (but firm) for the removal from office of the present government. I consider that there are three factors that may lead the Nicaraguan people to victory:

1. The use of social networks: live TV channels on YouTube and Facebook Live. Twitter, Facebook, and Instagram are also highly used. Photos, videos, stories of everything that is happening trespass the boundaries of the country every minute in hashtags such as #SOSNicaragua, #gritoPorNicaragua, #CESELAREPRESIÓN, #FueElEstado, etc. The power of the word is still the most powerful despite weapons.
In Nicaragua there are no shadow parties as Ortega undertook to wipe them away by his own laws.

2. The union of the people, especially that among grandchildren and their grandparents, without leading politicians. The struggle sprung up spontaneously thanks to families’ strong courage, which is typical of Nicaraguan people. A much stronger bond than a belonging to any political parties. Let’s add to all this the weariness of more than 30 years of dictatorship.

3. The role of the Church and the people’s faith. The Nicaraguan people are so religious that the current Ortega’s government self-proclaims itself ‘Christian’. Not because they are, but because that label they would have never been where they are today. However, the authentic Christendom in Nicaragua today takes its reference from the Nicaraguan Episcopal Conference. Even to the non-catholic, they are the true spiritual leaders of the people, inasmuch as they are called “heroes without a cloak but with a cassock. Amongst them stands out the figure of Managua’s auxiliary bishop, the Carmelite Silvio José Baéz who has been threatened to death many a time by friends of the government. The Church, furthermore, has now the role of go-between at the negotiating table created for the peaceful resolution of the conflict. Representatives of the civil society and the government participate in that table.

It is very hard to beat the allegations made in social networks, even harder to beat a united people, and much more complicated if their faith is so strong and their bishops are so respected and admired. Ortega is at the end of his days. How much longer can he continue lethally repressing his nation?